A healthy state of mind through yoga 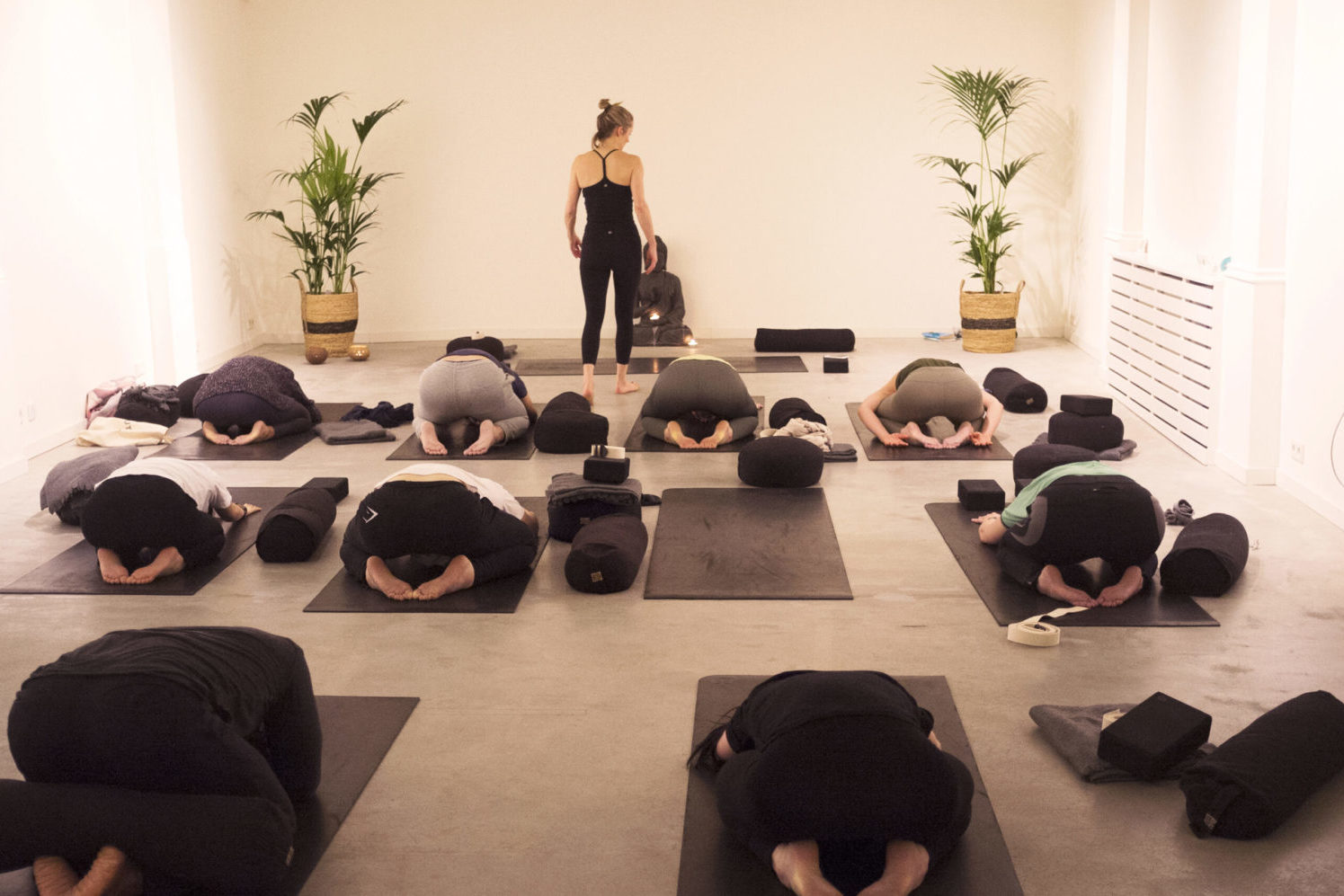 A growing number of scientific researchers are catching onto the benefits of the yoga practice. Although in essence a spiritual practice (sadhana), yoga comes with many benefits. These manifest themselves not only on a physical level, but also on a mental-emotional level. The practice of yoga could offer healthy stress release and stress management for a lot of us. So we could take the prevention of injuries, illness and disease more into our own hands.

‘Yoga is a form of mind-body fitness that involves a combination of muscular activity and an internally directed mindful focus on awareness of the self, the breath, and energy.’ According to yoga philosophy, there is no clear distinction between ‘the physical’ and ‘the mental-emotional’. These are just different layers in the human body, named ‘koshas’  in Sanskrit. The human body is seen as ‘a holistic entity comprised of various interrelated dimensions inseparable from one another and the health or illness of any one dimension affects the other dimensions.’

Yoga is an individual practice: ‘individuals and their needs are unique and therefore must be approached in a way that acknowledges this individuality and their practice must be tailored accordingly.’ Yoga is self-empowering; the student is his or her own healer. Yoga engages the student in the healing process; by playing an active role in their journey toward health, the healing comes from within, instead of from an outside source. This way, a greater sense of autonomy is achieved.

Yoga encourages one to relax, slow the breath and focus on the present. In doing so, we shift the balance from the sympathetic nervous system (and the flight-or-fight response) to the parasympathetic system (and the relaxation response). This response is calming and restorative; it lowers breathing and heart rate, decreases blood pressure, lowers cortisol levels, and increases blood flow to the intestines and vital organs.

Yoga may stimulate brain function and give a boost to energy levels, according to several studies. One 2017 study showed that Hatha yoga improved the brain’s executive functions, as well as people’s mood. Executive functions are ‘brain activities related to goal directed behavior and regulating emotional responses and habits’. Other research suggests that yoga can improve mental flexibility, task switching, and information recall among older adults.

A positive effect on anxiety

Although most people feel anxious from time to time, anxiety is also a symptom of many conditions, including panic disorder, social anxiety disorder, post-traumatic stress disorder (PTSD), and phobias. A 2016 meta-analysis found that practicing Hatha yoga had a promising effect on anxiety. Yoga was also most beneficial in people who had the highest levels of anxiety at the start of the studies. An older study from 2010 demonstrated that yoga improved mood and anxiety levels more than walking. The researchers suggest that this was due to higher levels of the brain chemical gamma-aminobutyric acid (GABA). A study of 64 women with post-traumatic stress disorder (PTSD) showed that practicing yoga once per week reduced symptoms. After practicing yoga for 10 weeks, 54 percent of study participants had no symptoms of PTSD at all.

A 2017 systematic review found that yoga could reduce depressive symptoms in many populations, including people with depressive disorder, pregnant and postpartum women, and caregivers. Research from 2017 looked at people with depression that had not responded well to antidepressants. Study participants who completed 2 months of yoga experienced a reduction in depressive symptoms, whereas the control group showed no improvements. Researchers suggest that yoga may lower symptoms of depression by reducing cortisol, or the ‘stress hormone’. Practicing yoga has been shown to increase mindfulness not just in class, but in other areas of a person’s life. Mindfulness means ‘paying attention in a particular way: on purpose, in the present moment, and nonjudgmentally.’ (Jon Kabat-Zinn)

Researchers are only beginning to understand how disciplines such as yoga promote personal growth, health and well-being. Currently, treatment for anxiety and depression involves mostly psychological and pharmacological interventions. However, mind-body interventions are becoming increasingly popular as a means to reduce stress in individuals. Yoga could (and should!) be considered as a complementary therapy or alternative method for medical therapy.

Research findings support that the yoga practice is beneficial in the treatment of stress, anxiety, depression, and other mood disorders. It has been shown to create a greater sense of well-being, increase feelings of relaxation and improve self-confidence and body image. Next to the increase of focus and attentiveness, regular practitioners show lower irritability. You could say that yoga encourages an optimistic outlook on life. And that’s exactly what a lot of us need right now!